Humans during their childhood are likely to adapt things at a faster pace therefore number tracing worksheets are widely used by the institutions to improve their ability to write. As the toddlers trace numbers over the dotted paths several times, they get a better understanding of the numbers. The children brain is likely to acquire things gently due to which if their initial practice of number tracing worksheets is efficient it will enable them to cope up in the classrooms formidably and they would not face much difficulties while accomplishing any task awarded by the tutor.

People highly focus on the growth of their kids because they know that in this period they are in a control and by the time their influence over kids will be reduced. Considering this psychological perspective, it is highly beneficial to teach kids over the number tracing worksheets as they are given a path which they have to follow. Studies show that this is one of the best ways through which kids are likely to write with a better understanding of numbers and alphabets as they get confidence to write without any kind of dependency.

There are numerous other benefits obtained by the toddlers through tracing worksheets; their work does not remain complicated and they enjoy working over the tracing worksheets. Teachers from different schools have told that the young ones are likely to learn things in a very short period via tracing. Several blogs and articles are also highlighting the benefits of tracing worksheets, some parents even motivate their kids to ascertain things on the floor which can later be wiped out easily but it immensely helps the kids to enhance their learning abilities. 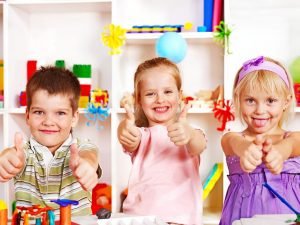 Moreover, the number tracing worksheets have also proved to enable kids to think critically over the numerical content as it helps them to notice the details of it through which they can commemorate them in their minds with very few chances of forgetting. A famous winning artist, Kathie George talks about the benefits of tracing in which she tells her students not to feel guilty about tracing as it is not cheating but a useful tool to improve your skills.

However, there are several other ways for teaching kids to improve writing like providing the worksheets with digits which are to be filled with colors. The other way is to write an integer on the top of the page and the toddler has to write the same under it. These methods are also used in the schools but they consume a lot of time and effort from the kids while tracing has largely proved to be most effective in improving their writing skills inevitably.

If you want your little ones to improve their writing skills do provide them with some tracing worksheets and see the surprising results of writing numerals with a very clean and soothing style that enables them to have a distinguished place in class from other kids having less practice of number tracing worksheets. 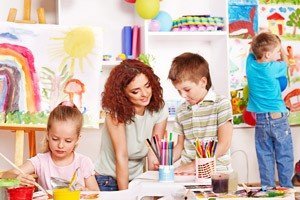 This site uses cookies. By continuing to browse the site, you are agreeing to our use of cookies.

We may request cookies to be set on your device. We use cookies to let us know when you visit our websites, how you interact with us, to enrich your user experience, and to customize your relationship with our website.

Click on the different category headings to find out more. You can also change some of your preferences. Note that blocking some types of cookies may impact your experience on our websites and the services we are able to offer.
These cookies are strictly necessary to provide you with services available through our website and to use some of its features.

Because these cookies are strictly necessary to deliver the website, you cannot refuse them without impacting how our site functions. You can block or delete them by changing your browser settings and force blocking all cookies on this website.
We also use different external services like Google Webfonts, Google Maps and external Video providers. Since these providers may collect personal data like your IP address we allow you to block them here. Please be aware that this might heavily reduce the functionality and appearance of our site. Changes will take effect once you reload the page.