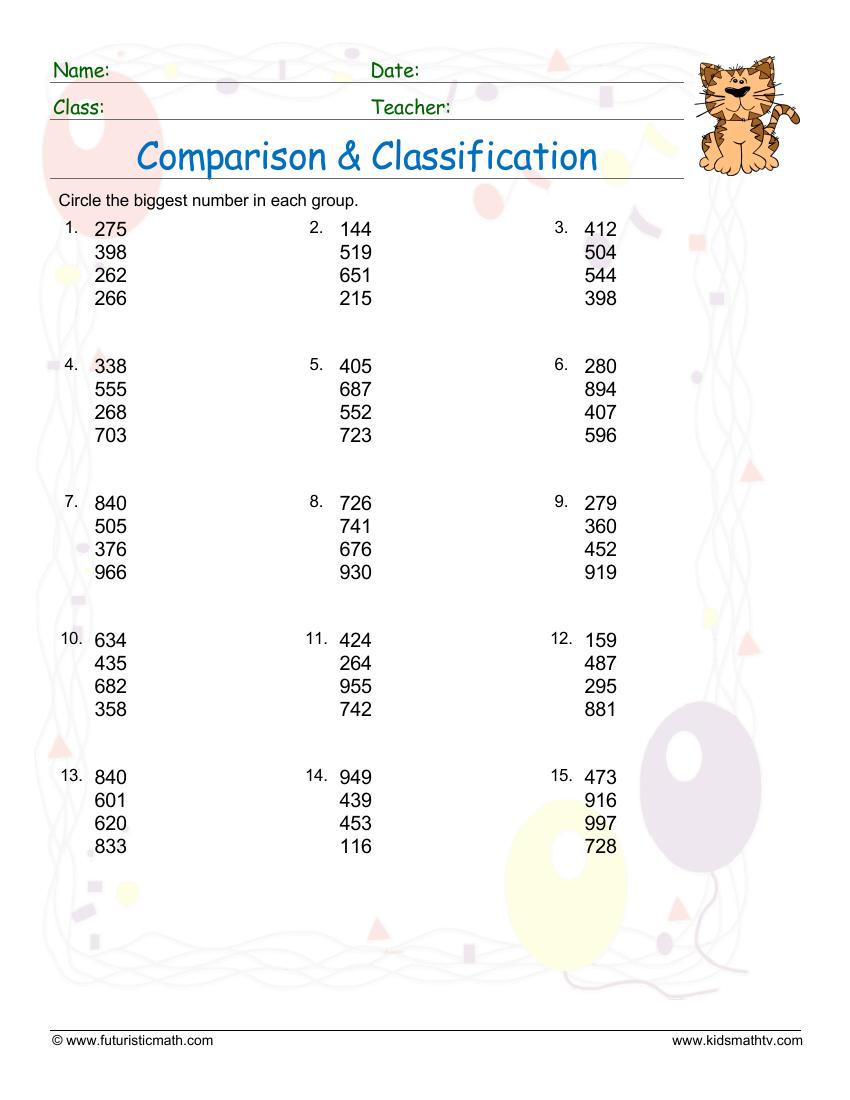 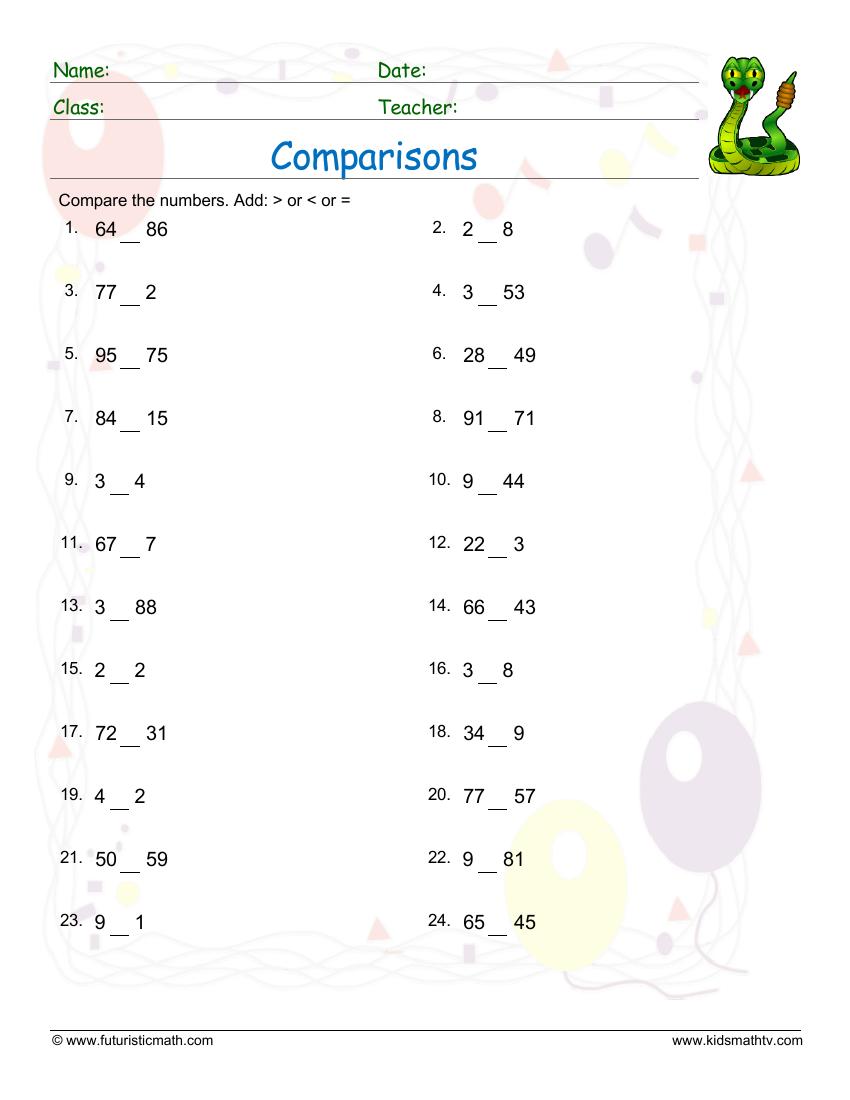 Comparisons Greater Than Less Than 2 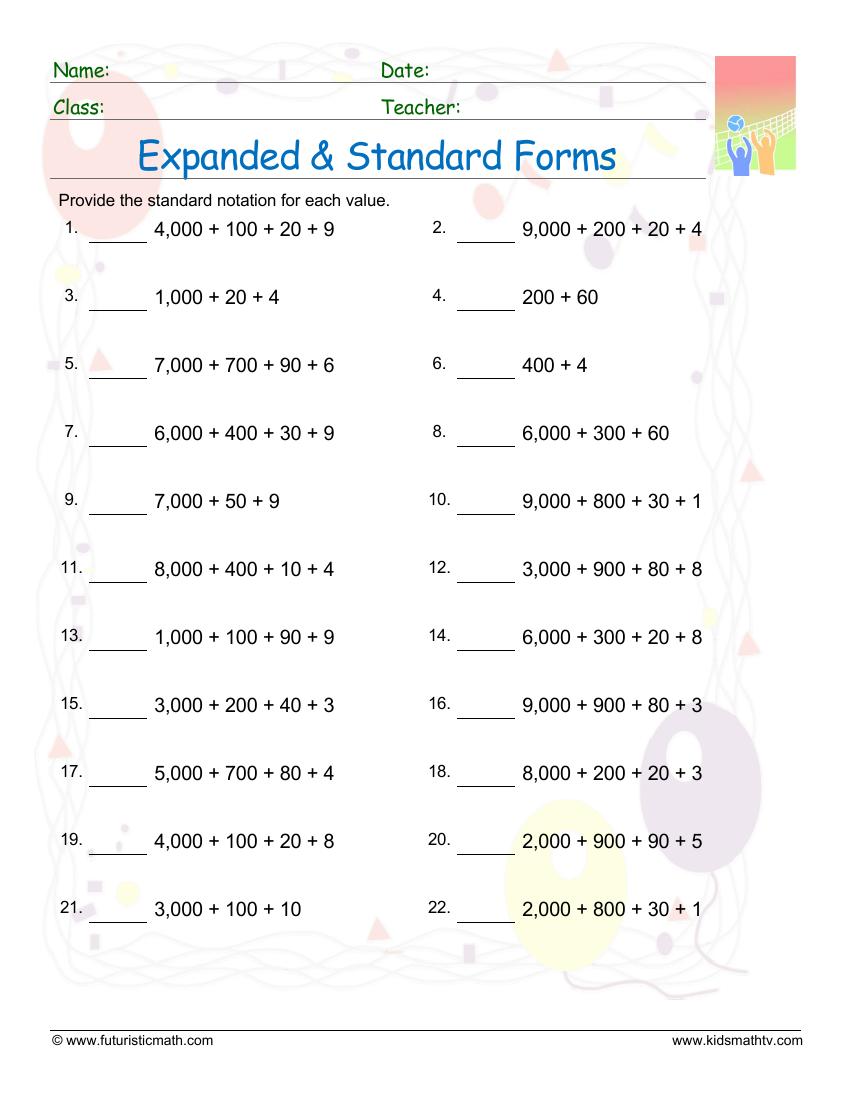 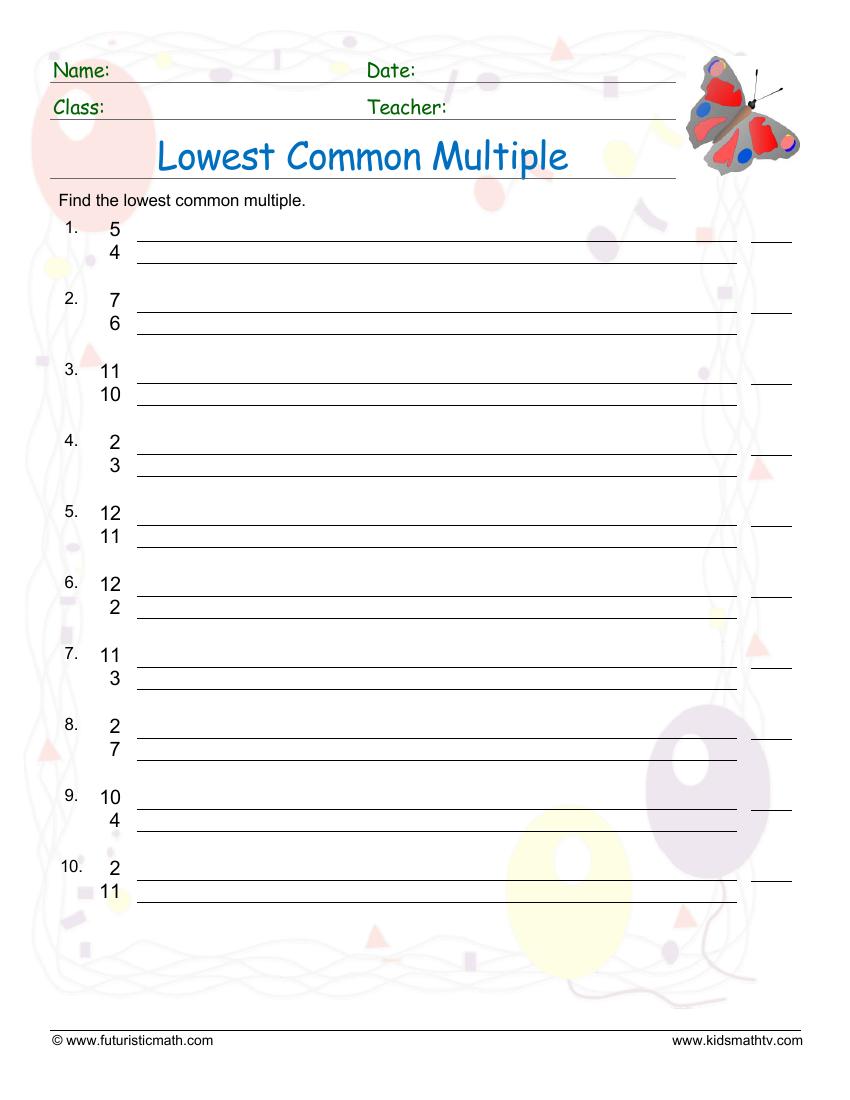 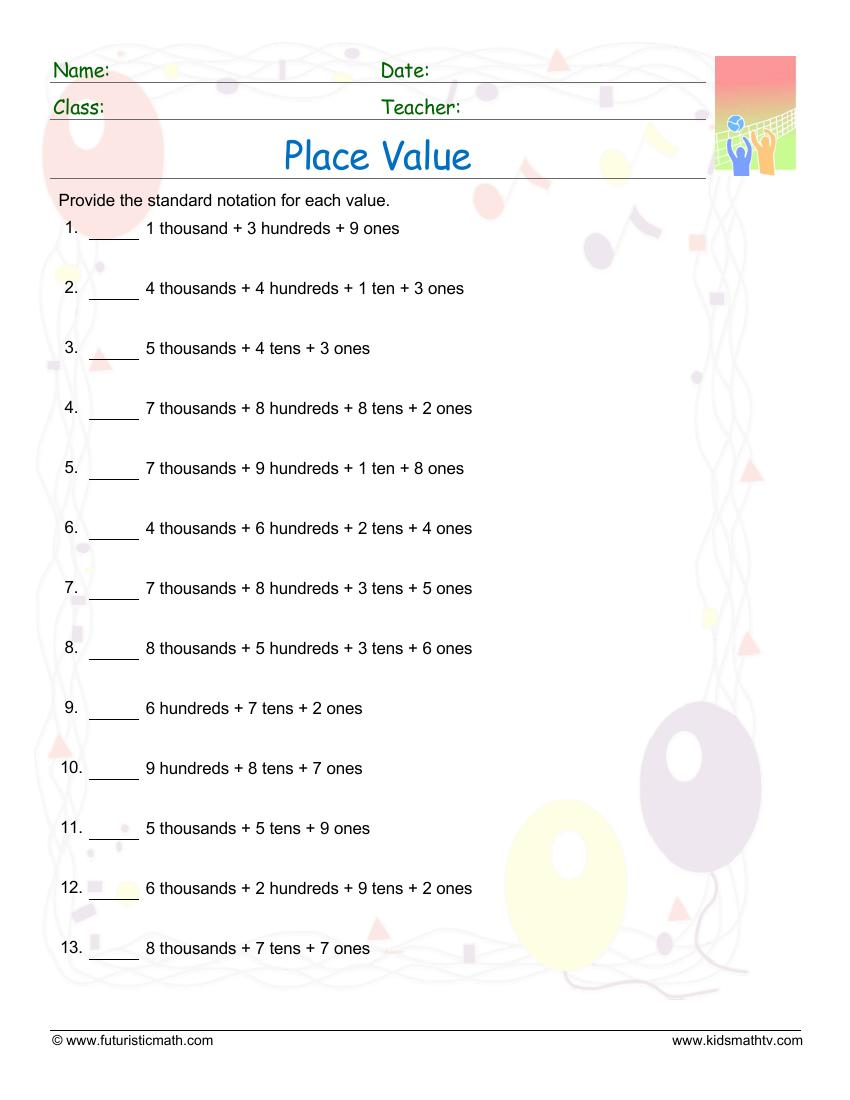 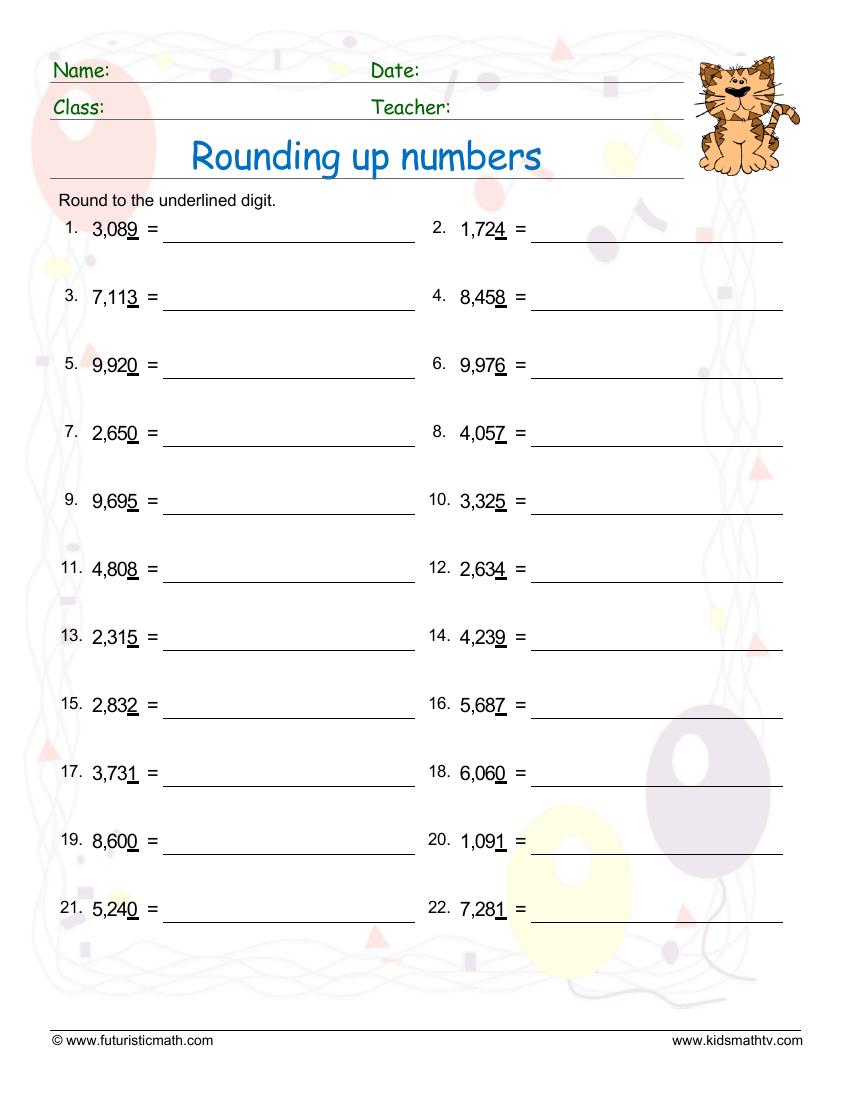 Round Up Numbers To Nearest One 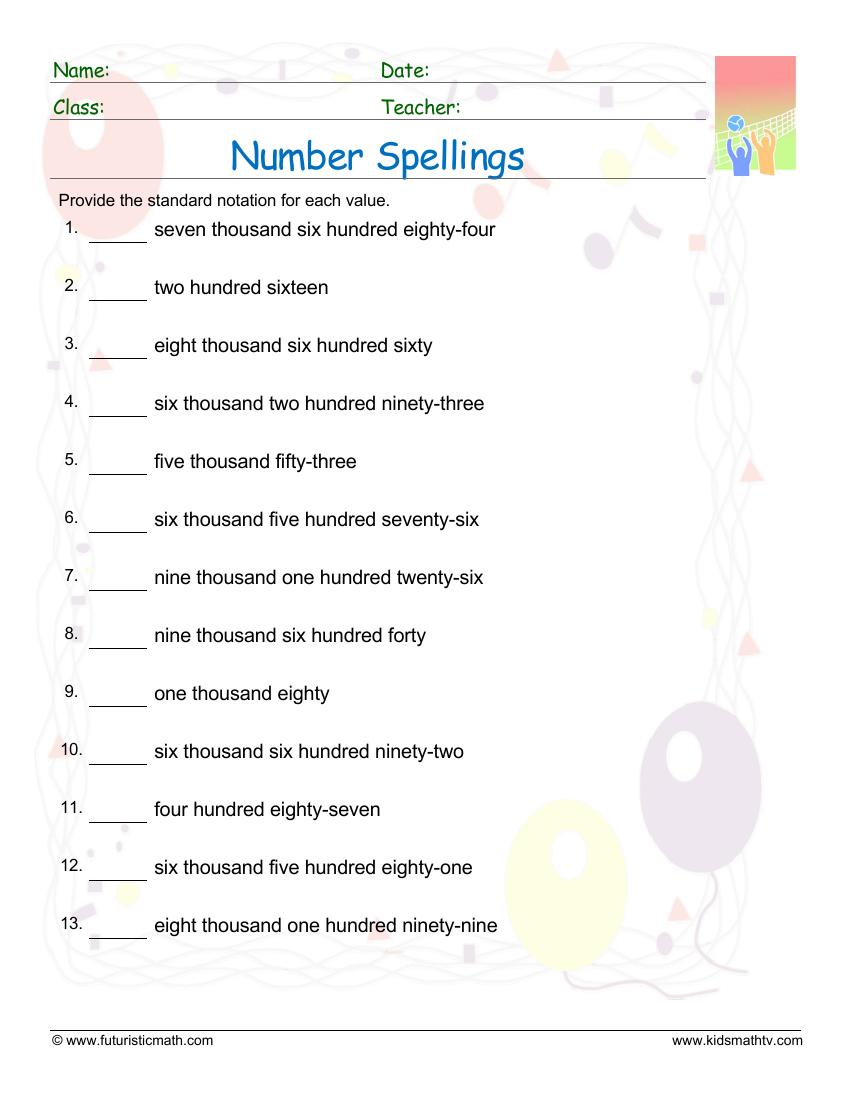 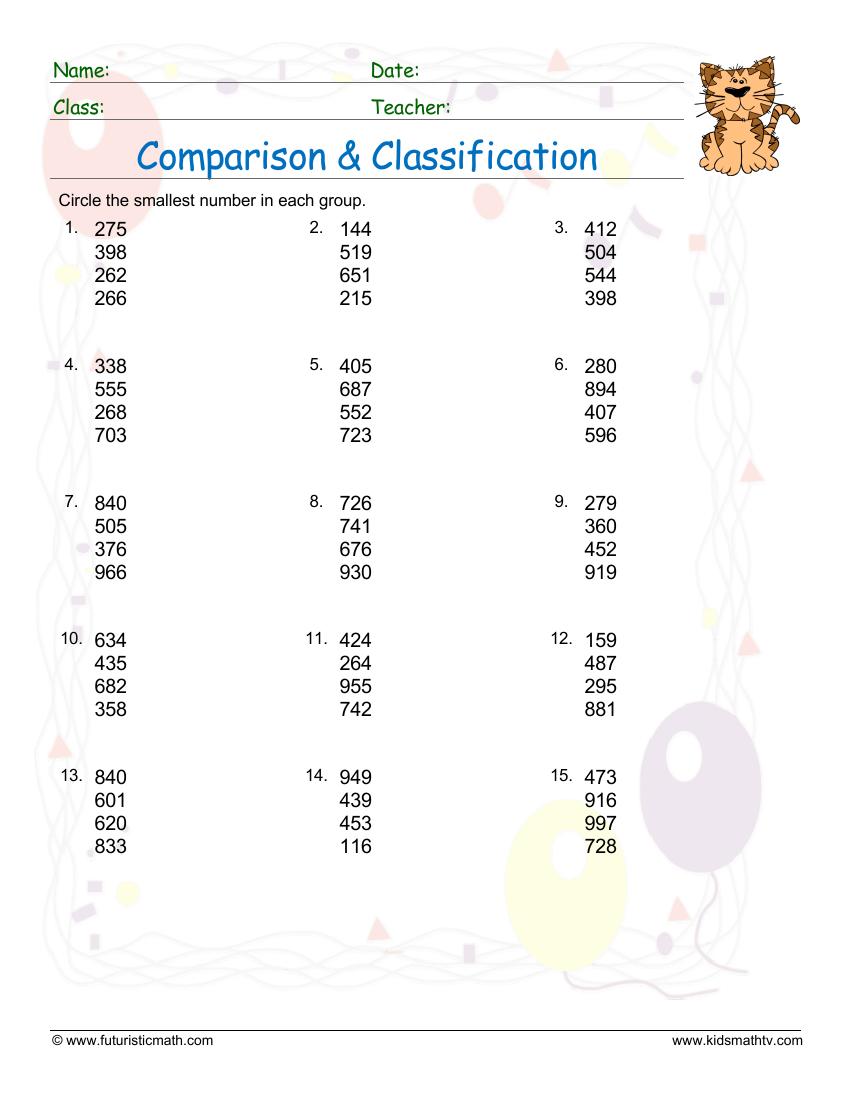 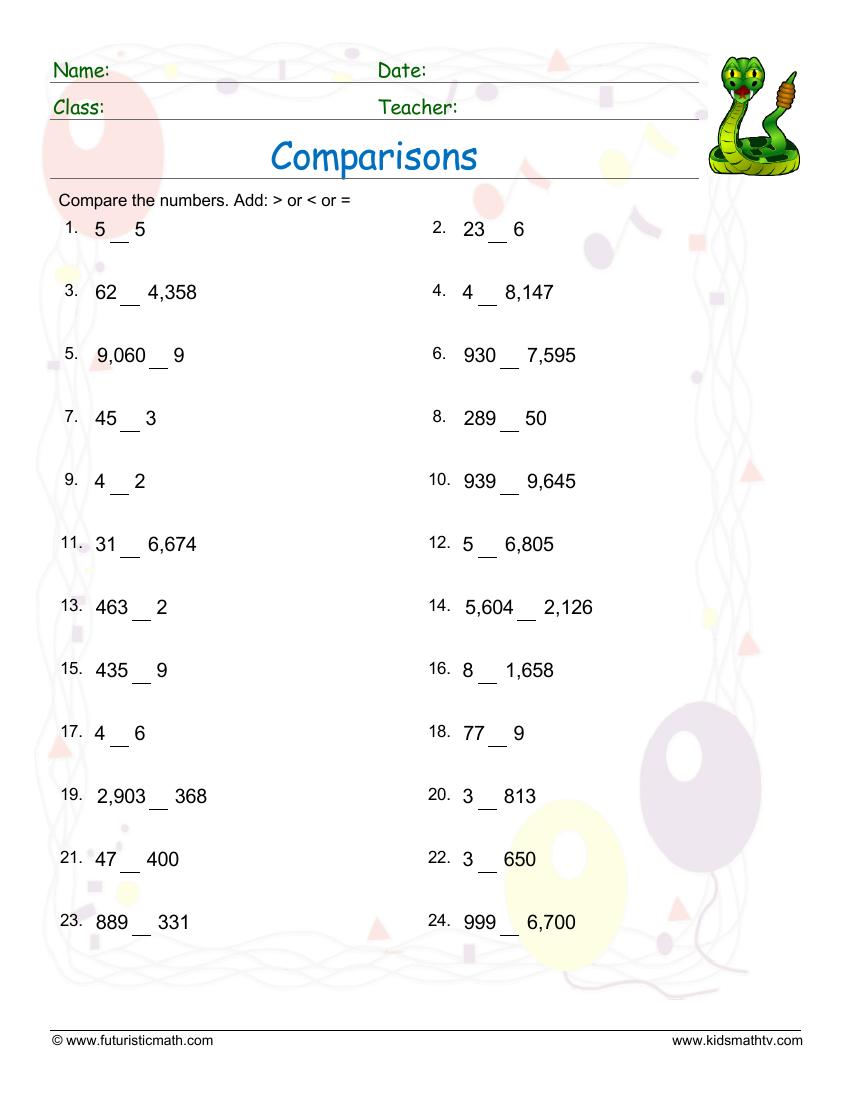 Comparisons Greater Than Less Than 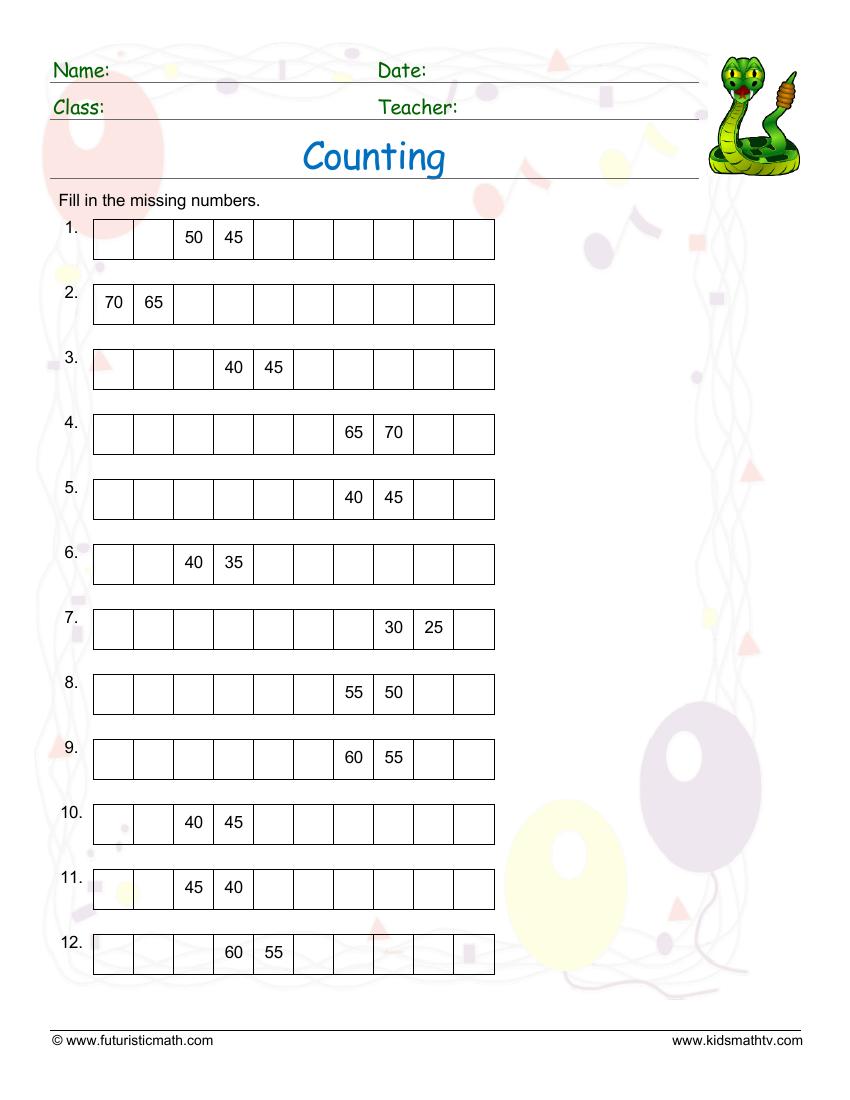 Fill In Missing Numbers In A Sequence 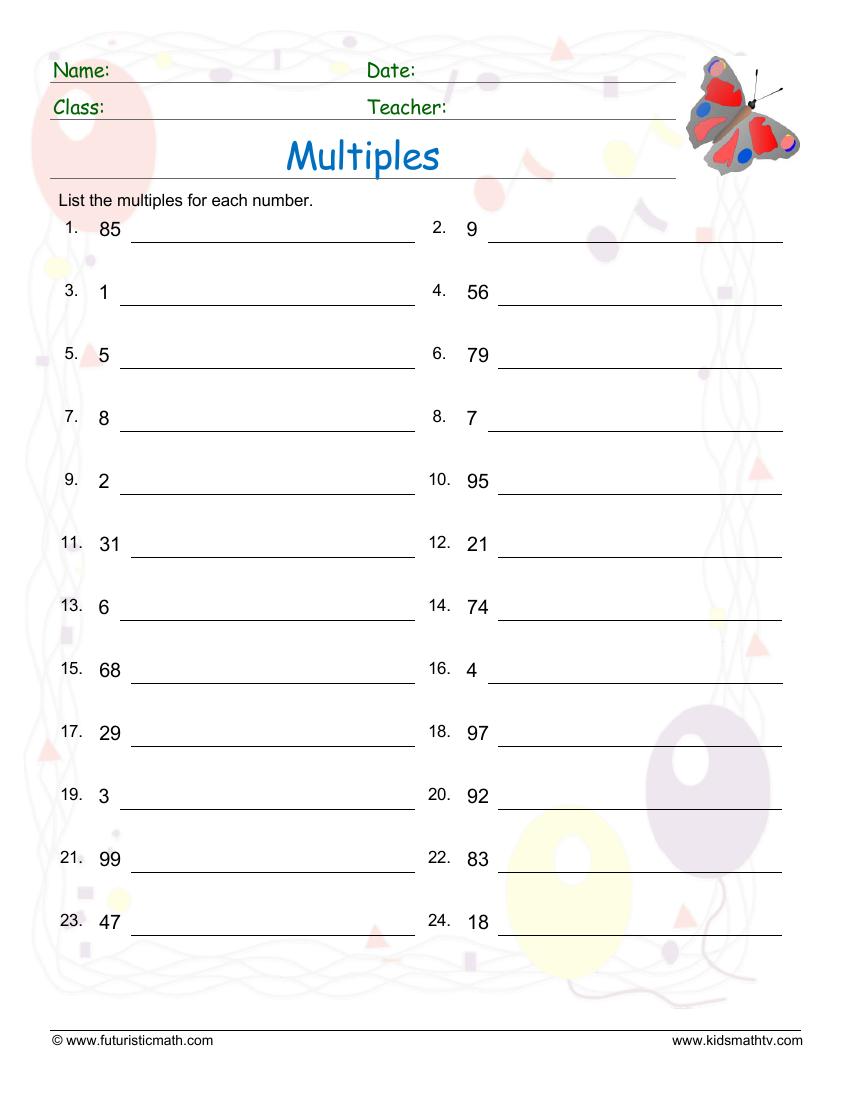 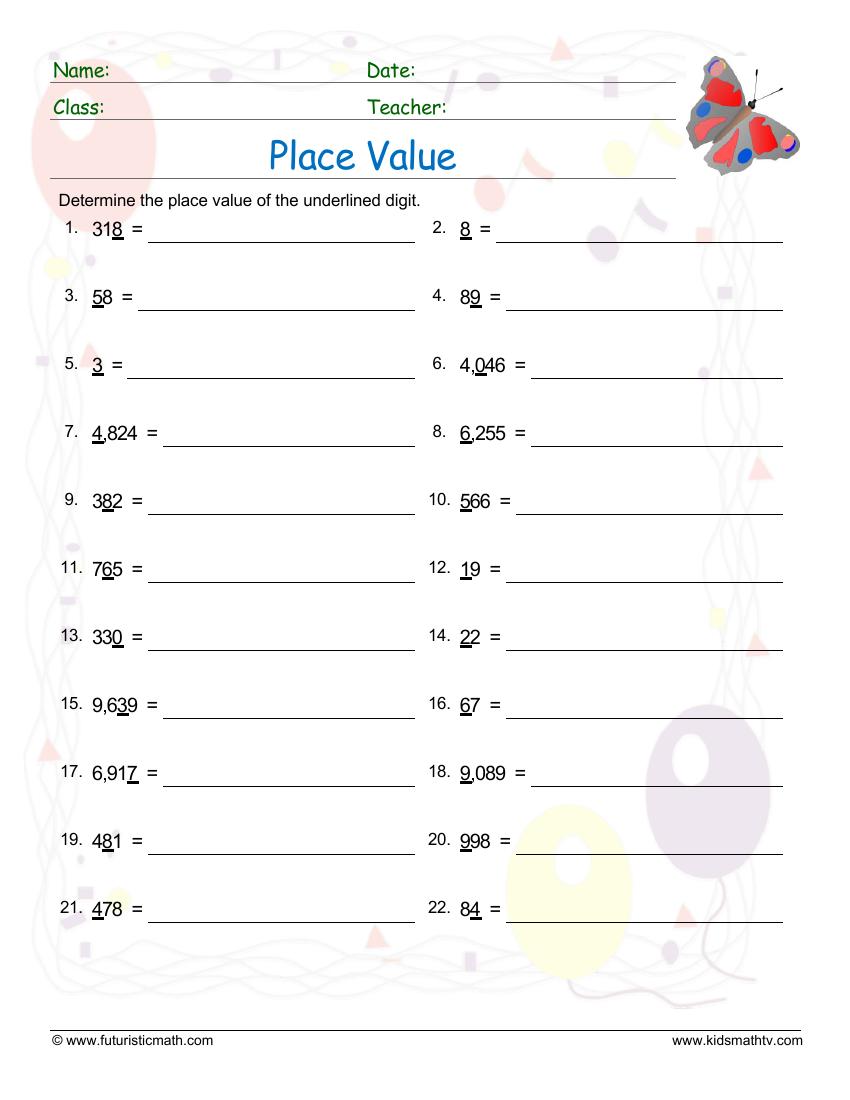 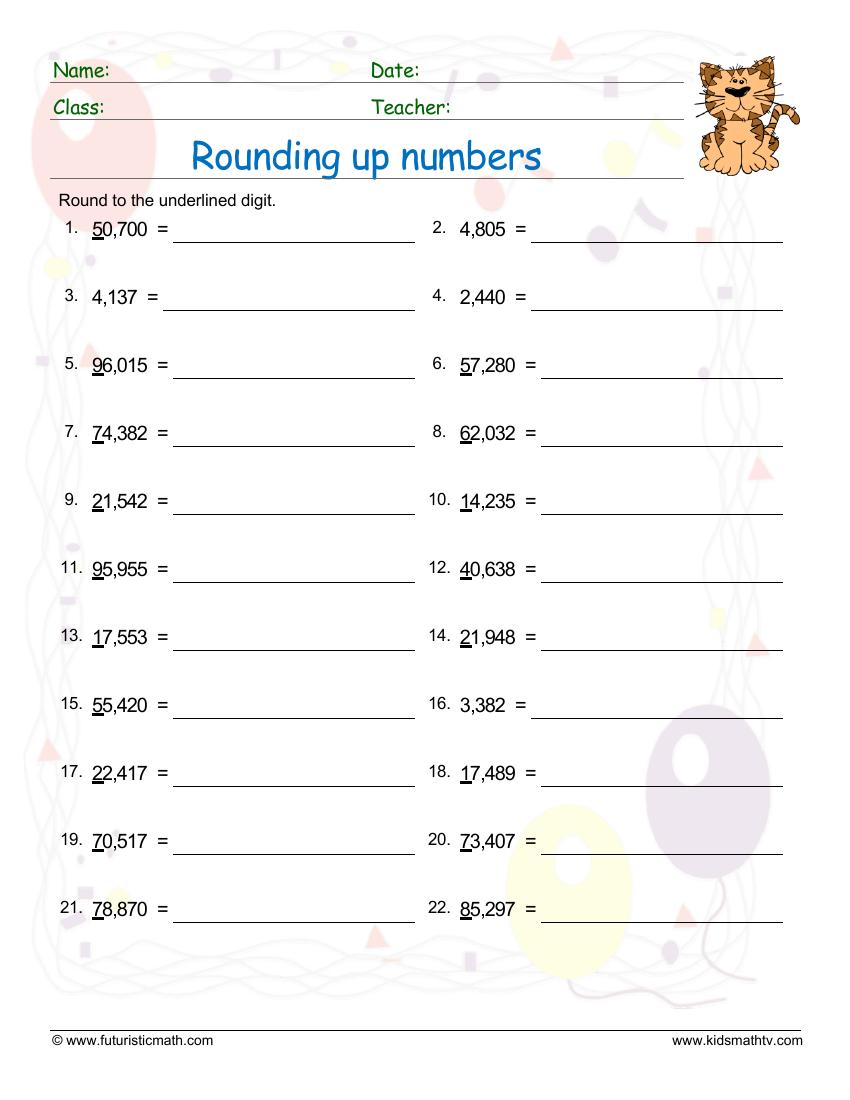 Round Up Numbers To Nearest Ten Thousand 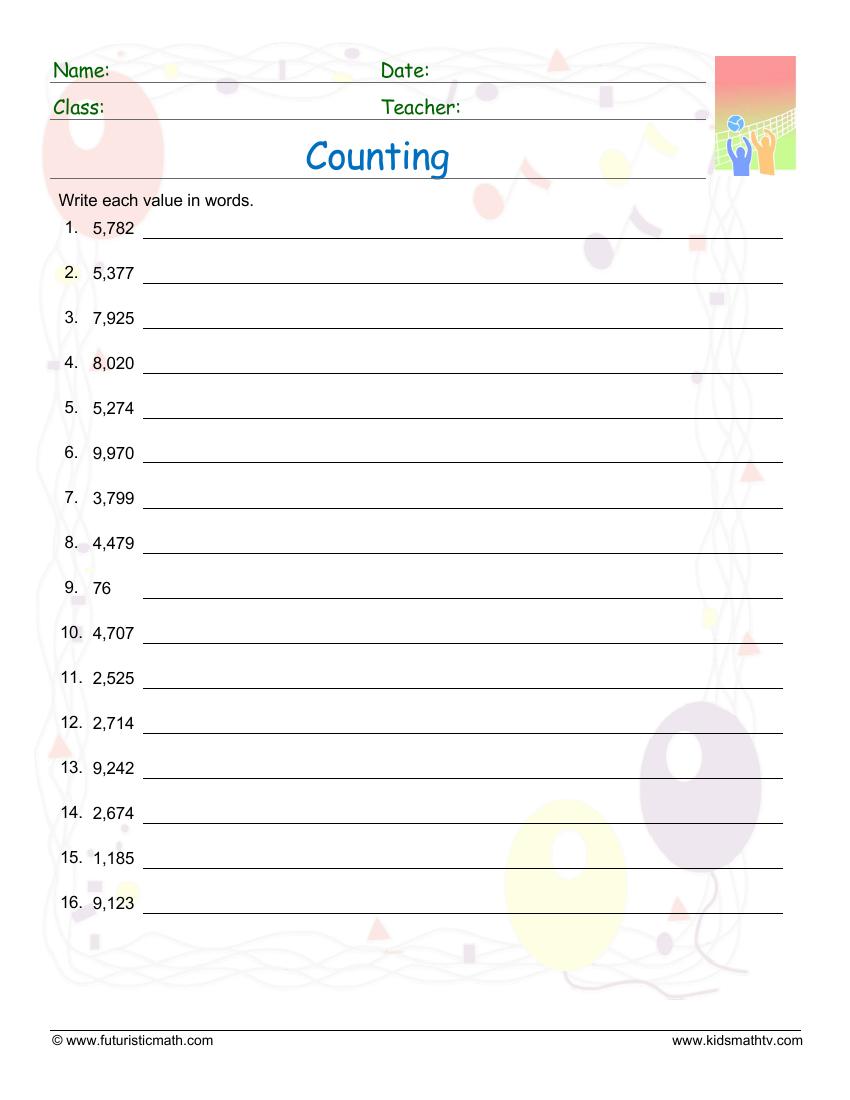 Write Numbers Up To Thousands In Words

Classification Of Even Numbers 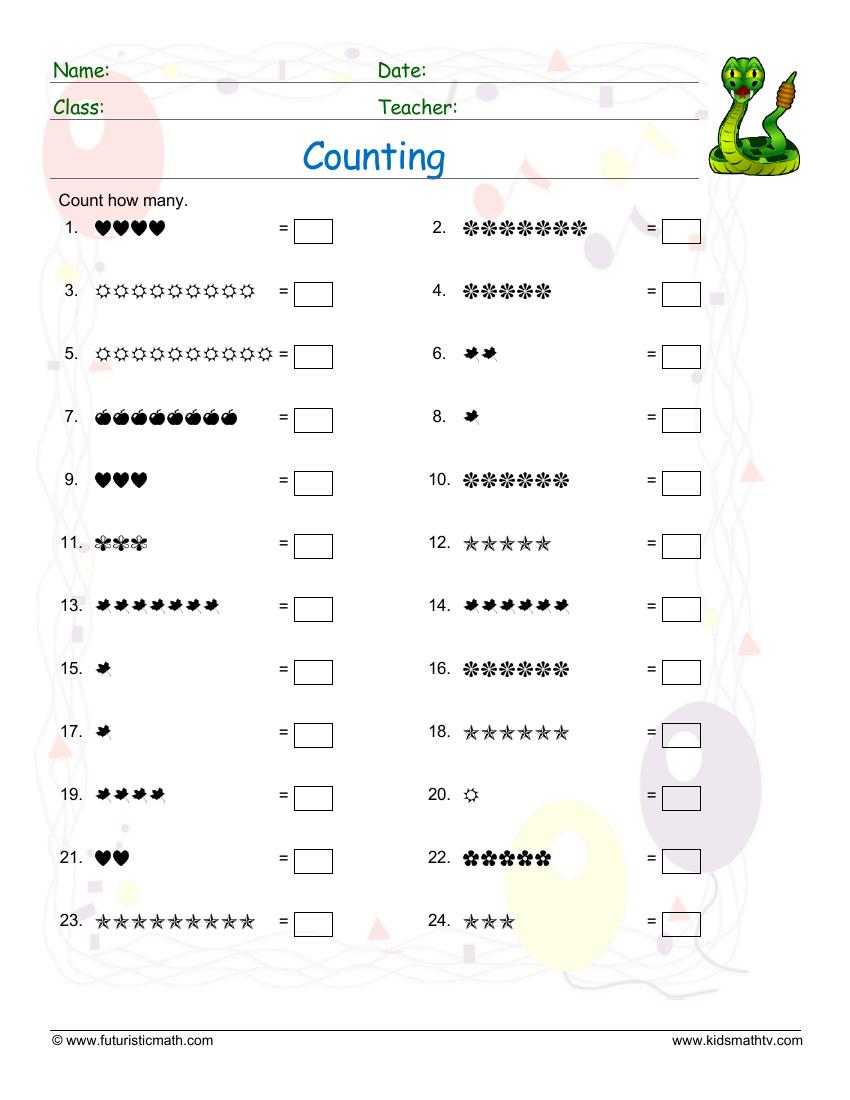 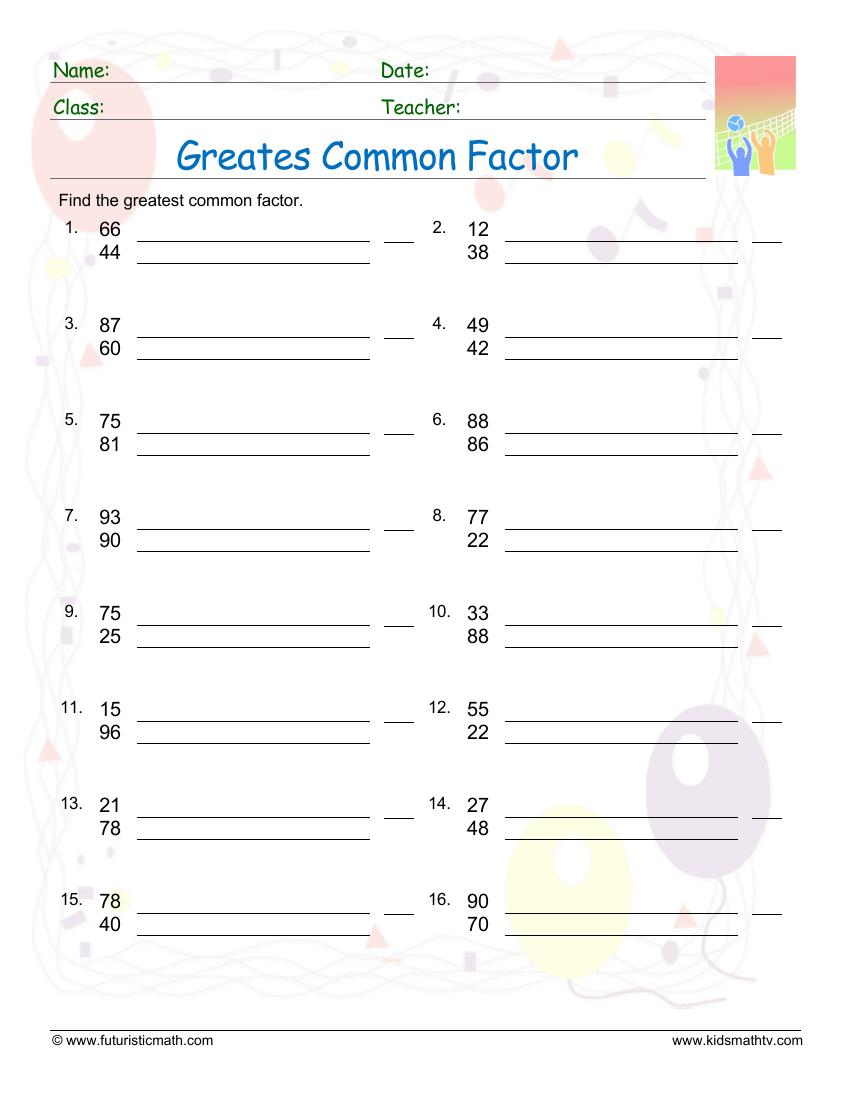 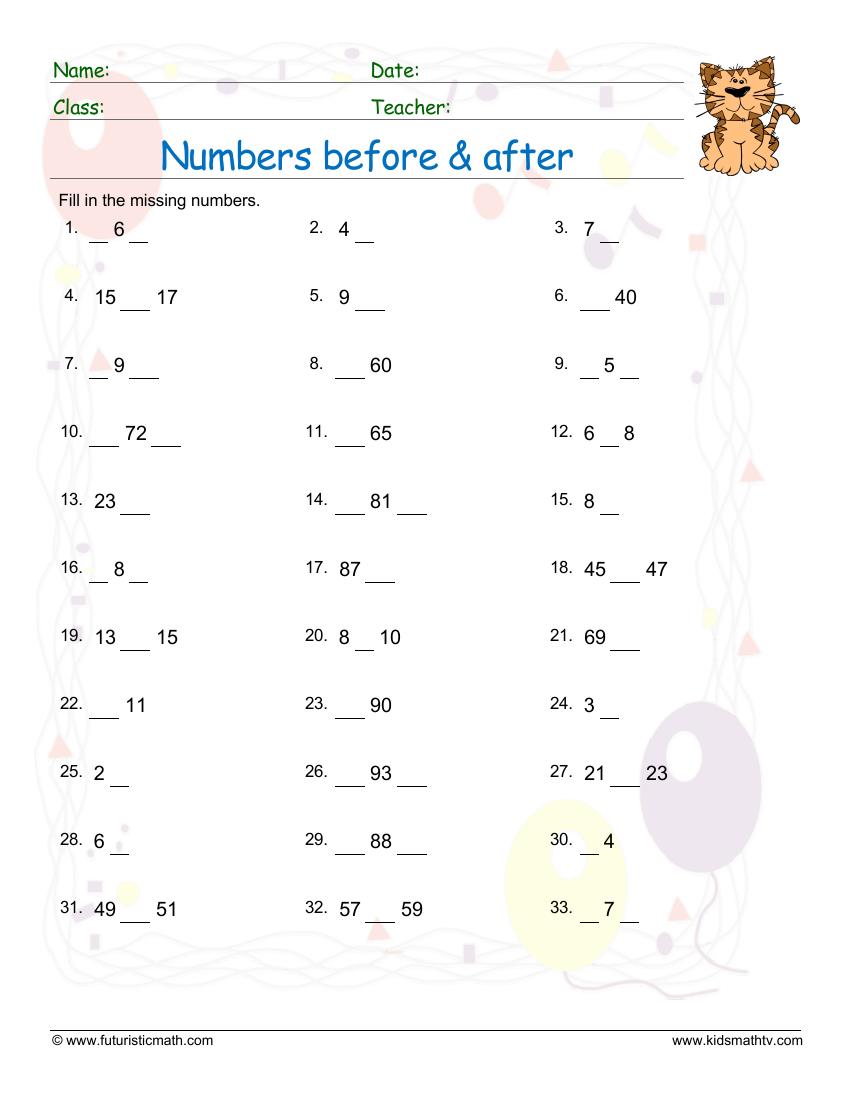 Number Positions Before After Between 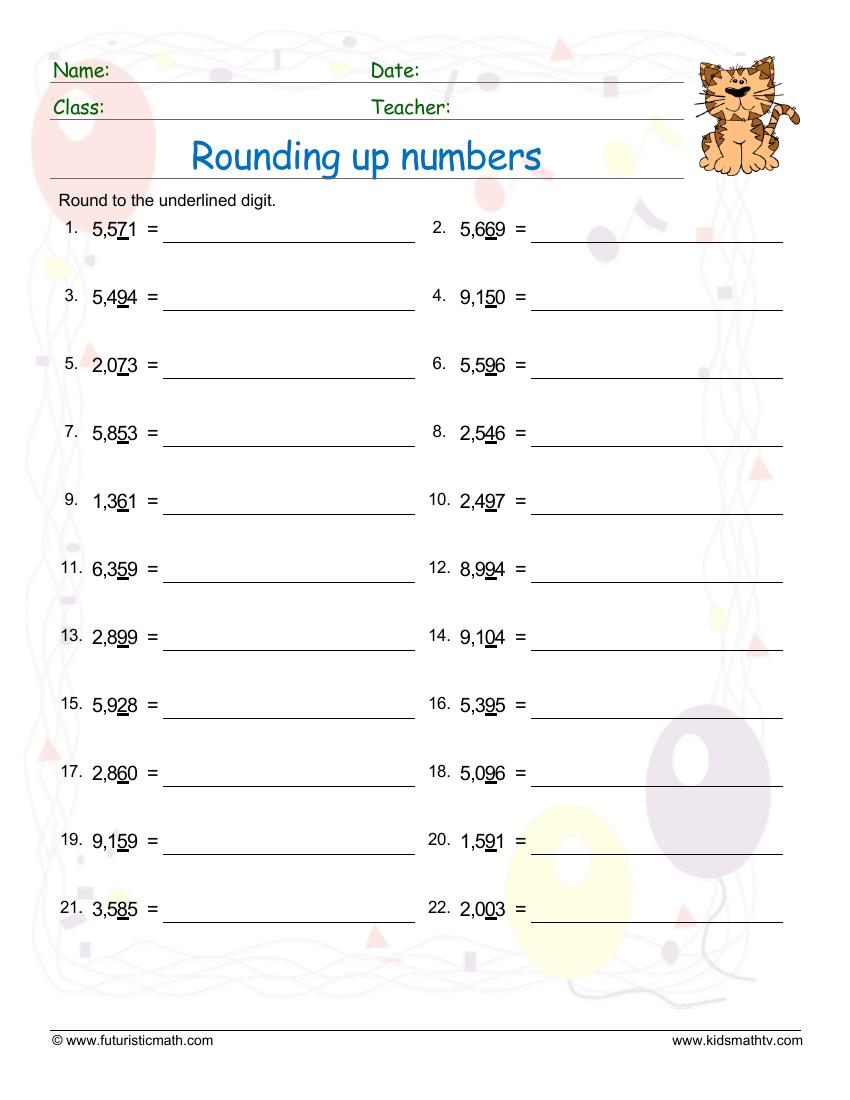 Round Up Numbers To Nearest Ten 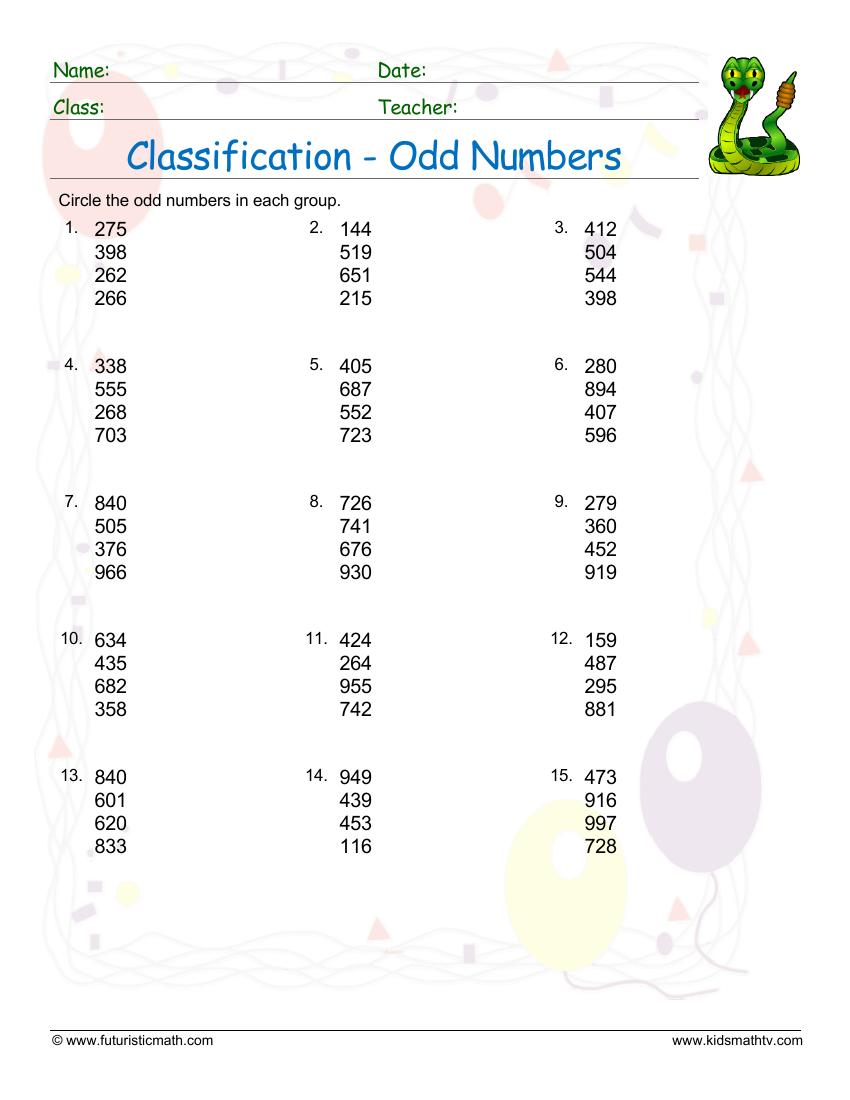 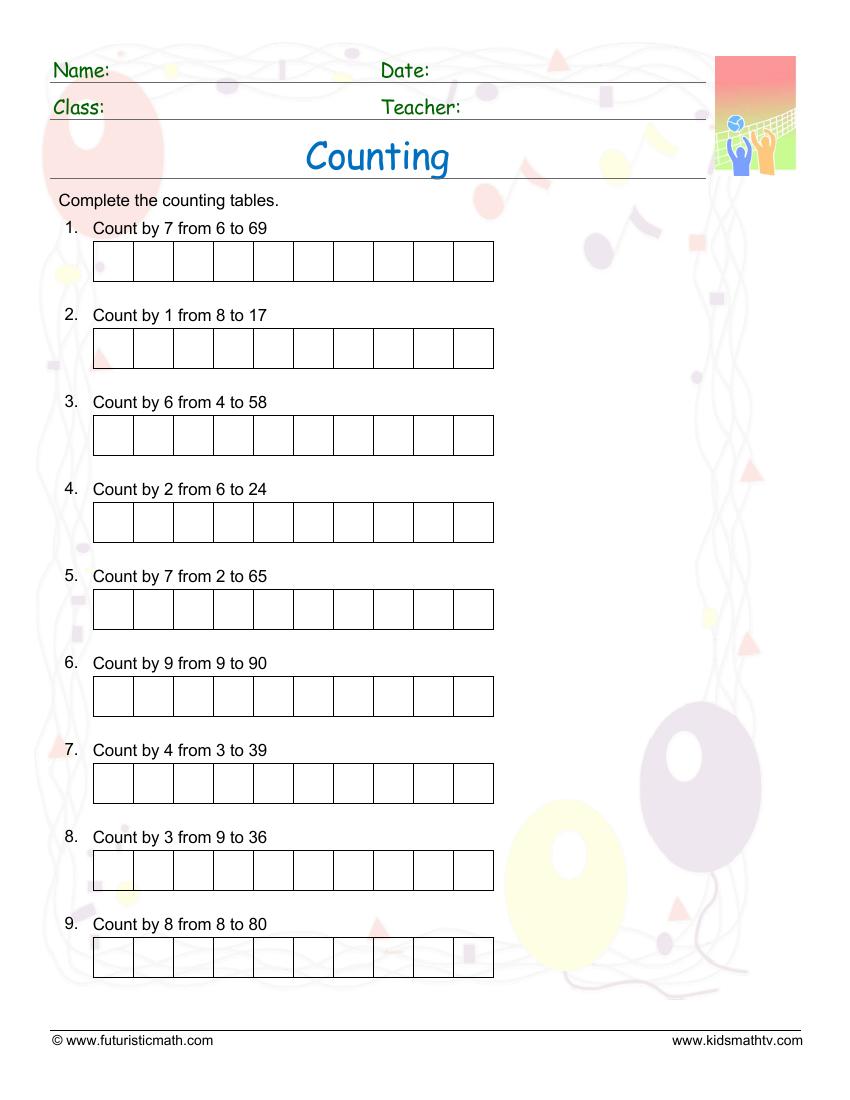 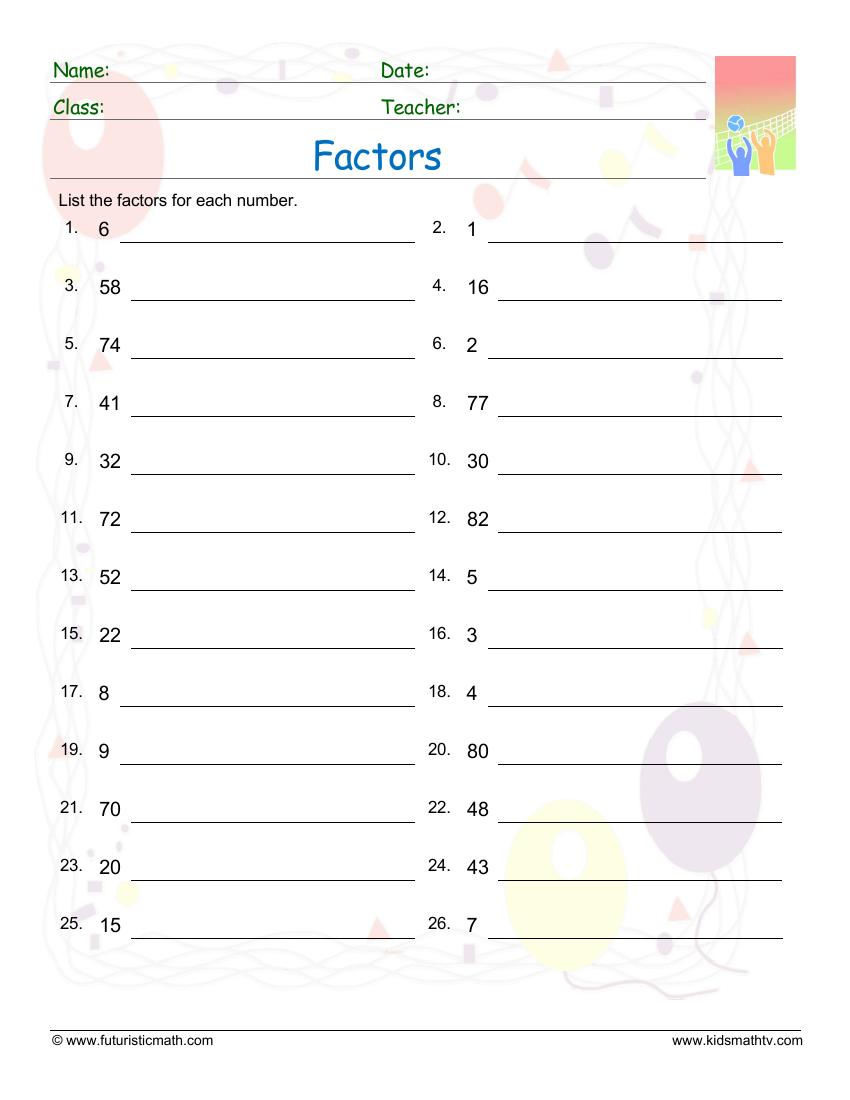 Order Numbers From Least To Greatest 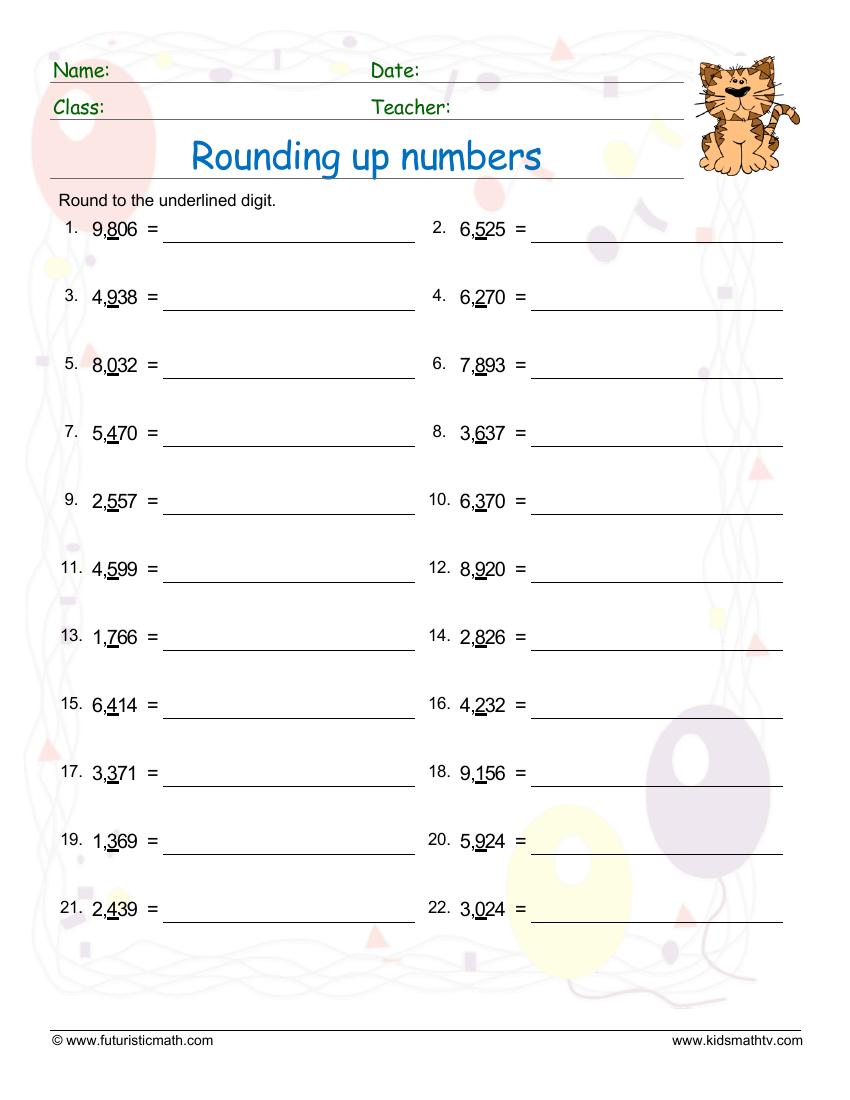 Round Up Numbers To Nearest Hundred

Round Up Numbers To Nearest Thousand

Spelling numbers up to thousands – Some numbers were given in words and kids will be asked to write them in numbers. This is not hard once they are able to read the words.
Write numbers up to thousands in words – In this case, some numbers are written in figures and kids will be asked to write them in words. This is to test their ability to write words.
Free Numbers Math Worksheets pdf download, Numbers Math Worksheets for learning numbers and different operation on numbers, even and odd numbers, spelling numbers, Roman numerals, tracing numbers, etc, kindergarten, 1st, 2nd, 3rd, 4th, 5th, 6th, 7th grades. This page features math activities on numbers. at first, learners will encounter math activities on classifying numbers depending on if they are presented an even or odd number. Further, kids will have access to number comparing worksheet for grade one, grade two grade three and grade four, where various numbers will be presented and kids will be asked to compare them by using the greater than, less than or the equal signs ( < > or = ). Then comes the section on number counting pattern worksheets, followed by expanded and standard forms of numbers where children are asked to identify the thousands, the hundreds, the tens and the ones within a given number. Further, kids will face activities on numbers positions worksheets where they are required to position numbers before or after a given number. this also referred to as number ordering worksheets for kids in grade two, grade three and grade four. there are also activities on place value expanded forms of numbers worksheets, followed bby the rounding up to the nearest hundred or to the nearest thousand worksheets.

This site uses cookies. By continuing to browse the site, you are agreeing to our use of cookies.

We may request cookies to be set on your device. We use cookies to let us know when you visit our websites, how you interact with us, to enrich your user experience, and to customize your relationship with our website.

Click on the different category headings to find out more. You can also change some of your preferences. Note that blocking some types of cookies may impact your experience on our websites and the services we are able to offer.
These cookies are strictly necessary to provide you with services available through our website and to use some of its features.

Because these cookies are strictly necessary to deliver the website, you cannot refuse them without impacting how our site functions. You can block or delete them by changing your browser settings and force blocking all cookies on this website.
We also use different external services like Google Webfonts, Google Maps and external Video providers. Since these providers may collect personal data like your IP address we allow you to block them here. Please be aware that this might heavily reduce the functionality and appearance of our site. Changes will take effect once you reload the page.